View all posts by AFRICA OSC 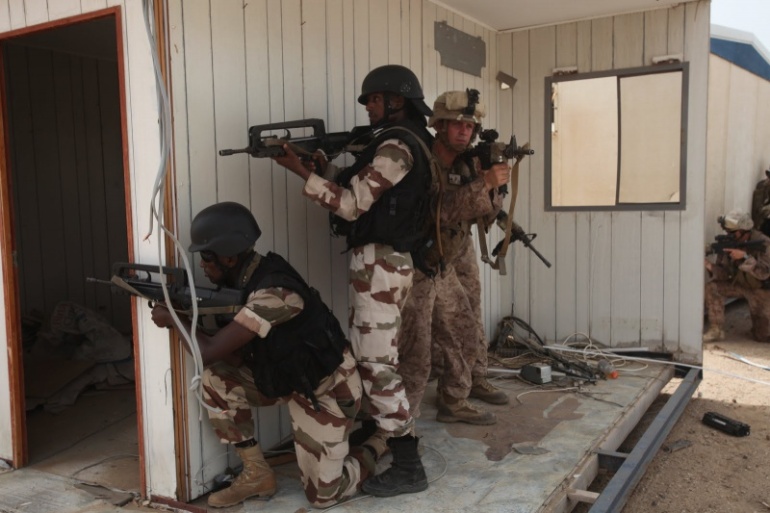 Over the last two months, I have perused Facebook Embassy sites glancing for posts from the OSC offices in Africa. I found very few. In fact, most of the ones I found were of a component or the regional center’s exercises, conferences, or seminars. Only one was of a solely OSC event (IMET, PKO, FMF, SFA, etc.) and it was published by the joint task force in the country. Why is it then that OSC events that support the US Embassy Integrated Country Strategies aren’t published on media sites as much as other topics or events? This blog hopefully will show you ways you can improve promoting what the Department of Defense does as a part of the embassy team.

There can be multiple reasons for this. A few of them are –

The positive view only perspective: promoting assistance to the host nation military in the media could highlight some negative responses that we’d rather not have right now.

The “too much defense” perspective: The Department of Defense assistance programs sometimes dwarf other United States programs in sheer numbers of engagements and also monetary numbers.

There are many others, but I bet more than likely most of the reasons why OSC events are not broadly publicized in Africa are because:

The “I am busy also” perspective: your embassy PD officer is busy with a lot of things, and most of them probably don’t know what you are doing. How many OSCs have included the PD officer as a part of their monthly office calls? How many times has an OSC thought – the PD needs to know about his (one month ahead) let me walk down to their office and talk to them about this.

The “We don’t know what you are doing” perspective: your CCMD, Component, USASAC/SATMO, NavyIPO, SAF/IA, etc. PAOs probably don’t know that their unit is executing things in your country. In one short email, you can easily send them a few photos and the 5W’s and you’ll have your PAO event published. The great thing about this is you can share one with another.

Key areas for promoting what the U.S. does (Security Cooperation/Assistance) in your country:

1. Exercises: This will be done by the component PAO – link your PD up with their PAO and suggest posts for the PD to “share”. I’ve seen most exercises promoted on Embassy sites such as Flintlock, Accord, and the Express series. The Flintlock series takes the cake, but the Navy and Army both do decent jobs also. However, few of their posts are being shared on the U.S. Embassy sites.
2. Senior Leader Engagements: You probably are the note taker during this event, so why not expand your tasks and be the photographer? Don’t be afraid to take the picture of the group. In fact, you can be in the picture if possible, but don’t waste the opportunity if no one else is there to take one. I’m amazed at how few of our SLEs are on social media. What a missed opportunity to display your Combatant Commander’s intent for your office.
3. DHAPP: I could not find one single post on this one. Amazing. The U.S. spends millions on HIV/AIDS in African militaries and not a single FB post in two months. The key to this post is keeping it “new”. Link it in with USAID’s PEPFAR program goals and you will kill two birds with one stone!
4. SFA: Again, not a single post from an OSC (several from one component). Granted a few (6 months ago) SFA posts were done in some countries (helicopters arriving).
5. IMET: Why not promote the U.S. sending a host nation Senior Colonel to the US Army War College? Better – contact the USAWC PAO and get a picture of him graduating and post it on the Embassy site. I suggest you get the person’s permission for this first. Some people may not want their picture and name published all over the internet for obvious OPSEC reasons.
6. FMF: This is a DoS program (Security Assistance) – in my opinion, every FMF delivery should be highlighted.
7. Etc.: DIILS (Human Rights training), CCMR (Ministry of Defense DIB training), etc.

I’ve highlighted a lot of things that are happening in the OSC office that aren’t on social media. Why? If people don’t see what you are doing then what is the point? Well, that statement is a bit over the top, but there is an aspect to everything the U.S. does in Security Cooperation / Assistance that should be promoted. There are also some subliminal portions to this that are called – documentation and promotion internally. No one will know what you have done nor will they currently know understand the way ahead unless you tell them.

This brings me to the “promote oneself/one’s mission perspective.” People love storyboards, especially in the SC/SA world. Nothing sells “this is why we did it” than a great storyboard directly from the OSC. 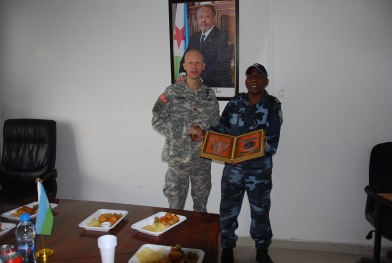 If storyboards aren’t on social media they should be in other mediums. How many times has an OSC attached a storyboard to their bi-weekly report? Is a picture worth a million words right? 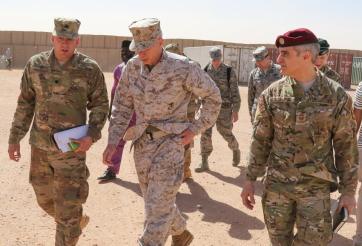 They might not think about it, have the time, etc. I once went to one of the annual conferences and watched a senior OSC pass out a bound handbook with a one-page fact sheet of all their efforts and four storyboards behind it. Every one of the components, military department, OSD(P), etc. absolutely loved it. One person said, “Thank you, I’m going to show this to the Congressional staffer I had dinner with last week.”

The American Public and it’s civil servants all want to know that their tax payments and efforts are going towards something and accomplishing a strategic goal of the United States. Your perspective from the tip of the spear is exactly what they want and need to see. Why not take 30 minutes and send your PD or PAO a few pictures and the 5Ws of the event.

This site uses Akismet to reduce spam. Learn how your comment data is processed.